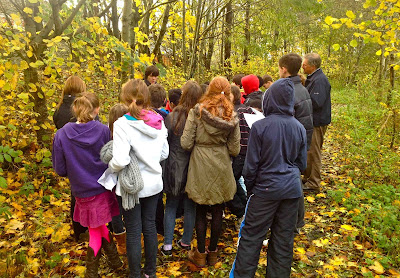 The policy of zoning and creating a multi-faceted park in the Terryland River Valley area resulted from a local community campaign in early 1996. Residents of the Ballinfoile-Tirellan suburb, concerned about the ongoing construction of roads and housing estates degenerating into an urban sprawl of tarmac and concrete, initiated a campiagn to save the riverline lands from built development. As a result of cross-political party and senior council staff support, it was agreed that the then City Executive Planner Gus McCarthy would meet with local community leaders such as Brendan Smith to push forward a blueprint for the area that combined leisure facilities with the preservation of natural habitat and rural landscape. Ecology experts from outside the jurisdiction were also consulted.  One of these individuals was environmental educator Gordon D'Arcy, who in his 1997 report to Galway Corporation entitled "The Crann Report", conceived the idea of creating an urban forest in this proposed parkland planted solely with native Irish trees. Among other recommendations, he suggested the establishment of an Interpretative Centre for Irish trees, a tree nursery, an outdoor recreational facility, a natural habitat reserve, the promotion of a Gaelic identity within the park, wheelchair-friendly access, the non-use of artificial fertilisers and the creation of footpaths with wooden bridges and stop-points.
A pioneering inter-sectoral steering committee was established in late 1999 operating under the auspices of Stephen Walsh, the newly appointed and very enthusiastic Superintendent of Parks. Membership embraced artists, ecologists, environmentalists, academics, politicians, governmental officials, community activists, and others. Discussions took place and exciting plans were drawn up to create something really special. It was many things to many peoples. For some it was a People's Park to be enjoyed by all ages. For others it was a green environment to inspire painters and sculptors. Others still recognised as a major wildlife corridor linking the river Corrib to the farmlands of east Galway. 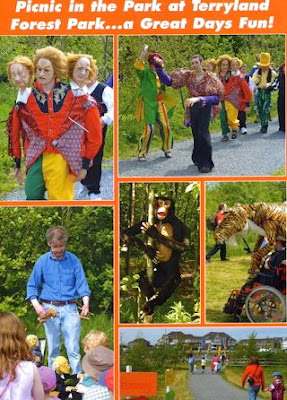 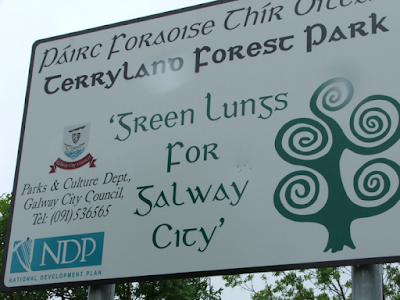 Green Lungs for the City was a catchphrase that captured the imagination of Galwegians at that time and symbolised the significance that the Terryland Forest Park Project had and was expected to have on the present and future generations of the city of Galway. It provided an opportunity for all sectors of local society, through their membership of a steering committee, to have a major policy input and active involvement in the design, planning and implementation of an ambitious project that hoped to become the largest new urban forest park programme in Europe. Parks’ Superintendent Walsh summarised the uniqueness of the project when he said in a major funding submission to the Irish Government in 2001, "The most unusual aspect of this project is that it will be the first Park Facility (in Ireland) designed with public consultation from Day 1 "….the Steering Committee is the vehicle for achieving consultation…the Steering Committee draws on a wealth of people from a variety of backgrounds and will always seek the views of others who will potentially want to use the Park and will make every effort to have those views accommodated. The Park is being designed with the Community whose support we will draw on to address the issue of inclusiveness within our society…since its inception over twelve months ago, the Steering Committee has meet approximately every three weeks…”.